Erica and Justin’s wedding was one that their friends and family had been waiting for, and looking forward to, for a very long time. Erica and Justin met in middle school and began dating in high school. After dating throughout high school, during their four years at The University of Michigan, and into their early 20s, Justin proposed to Erica in their home. It was a romantic proposal, using rose petals, candles and champagne (what more could a girl want?!) to win her heart.

Erica and Justin’s Wedding Ceremony and Reception took place at The Skirball Cultural Center in Los Angeles. Erica had wanted a venue that offered an indoor and outdoor setting, as well as a caterer with kosher food. Erica had her Bat Mitzvah at The Skirball, so it already held a special place in her heart as the perfect setting for her wedding. It was just meant to be.

Erica’s vision was to have a “simple, but elegant and romantic wedding. She wanted to blend beauty with a contemporary feel, based on a color scheme of whites, blush, lavender and accents of silver.

The bridal bouquet consisted of all white peonies, while her bridesmaids carried bouquets of blush flowers, made up of roses, hydrangeas and her very favorite flower, dahlias.

In traditional Jewish wedding fashion, we designed a chuppah that was beautifully adorned in lavish florals by Amy Childs, from The Hidden Garden. It truly encompassed the overall theme and was simply gorgeous. Erica made a dramatic entrance down a long staircase… and even longer aisle.

Erica had written in a diary that documented their entire friendship… and romantic relationship. That set the tone for the entire evening. To personalize their wedding…. we created a video that actually showed her diary with the words written…. ” I think I am going to marry Justin Nussen”…. and played their introduction to the video montage of their lives and courtship to the song, “Today I met the man I’m going to marry.” Everyone was blown away and so happy to be a part of their happiness.

Their wedding cake, designed with Kimberly from The Butter End, was composed of four white, frosted layers that were beautifully embossed with a quilted pattern and separated by layers of silver crystal embellished decor. The show-shopping cake was displayed on a silver plateau and it sat on a silver, sequined La Tavola linen.

Our goal was to create a “magical look” for such a special couple and make their dreams come true. From beginning to end, it was a “Dream Wedding” and we were thrilled to be a part of it! 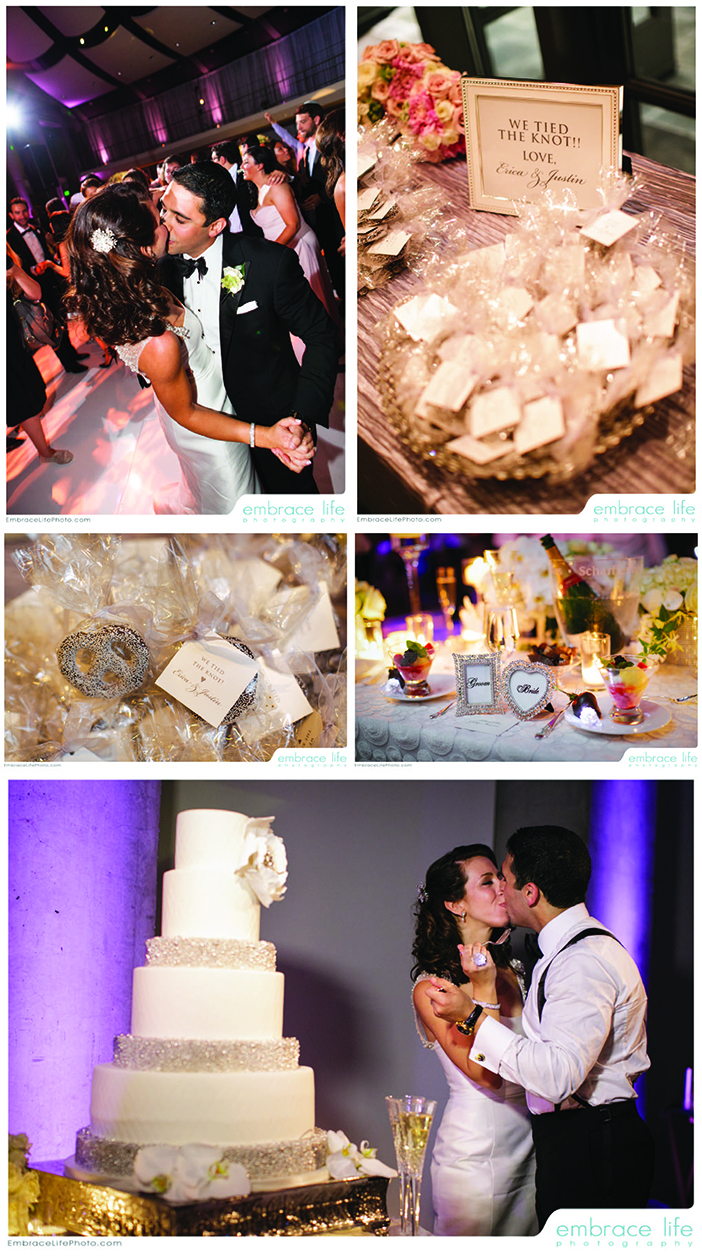