Seeking assistance with the myriad data required for her dissertation, Lisa Guerin met with research analyst Tim Ryan. They were instantly drawn to one another despite very different personalities, backgrounds and interests (Lisa referred to them in the wedding program as the Princess and the Cowboy). Neither one pursued more than a working relationship, but during the rather fortunate two-year timeframe it took to complete the project, Lisa and Tim worked as teammates and “shyly flirted our way though a courtship before ever going on our first date,” she says.

On Christmas morning of 2004, while feeding the 40 horses on their ranch, Tim stopped Lisa mid-task and brought her over to watch the amazing sunrise over the barn. He dropped to one knee and said, “Whether in sickness or in health, at a black tie event or covered in hay…I love you, we are partners, and I will always be by your side.” Lisa was so overwhelmed, between the horses and the early hour, it did not register what was happening—until the ring appeared. “I made him do it all again so that I could be present, listen and respond with all my heart,” she says.

From day one of the planning process, Lisa and Tim devoted all their energy toward creating an event with a palpable yet seamless coalescence of their diverse personalities. Their wedding was to be a celebration of what they shared as a couple and the differences they treasured in one another. Always wedded to the idea of hosting the event at the Four Seasons Hotel, the couple chose a very specific date in September to coincide with the Autumnal Equinox, a full moon and S’lichot, the beginning of the Jewish High Holidays. From there, designing a highly personalized ceremony and reception became a labor of love for the couple, assisted by the “invaluable guidance” of coordinator Linda Howard. The bride and groom wanted a lush and romantic feel for the ceremony’s surroundings, and the resulting display appeared as though it was taken straight from a lavish English garden. The breathtaking all-white chuppah and matching structure at the top of the aisle were constructed from manipulated branches, climbing roses, gardenias, orchids, wisteria, bamboo and lilac (the last two represented the first-ever bouquet Tim gave Lisa) and accented by delicate glowing chandeliers. The aisle was lined with lavender to mimic the purple bridesmaids’ dresses and to lend its calming scent to the elegant serenity already established by candlelight and violins. As a somatic psychologist who focuses on the integration of mind and body, Lisa thought it imperative that the wedding appeal to all five senses.

For the ceremony itself, Lisa and Tim spent a great deal of time weaving together a service that would combine all their spiritual inclinations. While Lisa is Jewish and Tim Irish Catholic, they both share a profound respect for nature and draw spirituality from Native American and Far Eastern practices. In addition to the ketubah, the artistry and content of which they personalized, the bride and groom were married by a rabbi while a shaman/medicine woman assisted in the blessings. She performed a tribute to the spirit of those loved ones who had passed away and led the audience in meditation practice to reaffirm their own vows after Lisa and Tim recited theirs. And to appeal to everyone’s sense of taste, an elaborate cocktail hour was offered within the fully canopied outdoor walkway between the ceremony garden and the ballroom. The inspiration behind many of the reception’s bold details stemmed from the couple’s desire to put their guests in a new mindset of celebration. “We wanted to lift the depth and seriousness of our ceremony and to lighten the mood,” says Lisa. And they did so by completely changing the color scheme to a multi-hued palette centered on deep garnet. The biggest player in this new concept was the entertainment, which included Broadwaycaliber productions backed by an immense orchestra that utilized about 50 performers. From an involved Chicago-themed number to classic Motown and even Irish folk music in honor of Tim, the entertainment left the dance floor packed until two in the morning.

But probably the sweetest moment took place earlier in the party, when the newlyweds took to the floor for the timehonored first dance. As Tim explains, “Lisa has been a dancer all her life, and I have always been something of a wallflower. I knew how much it meant to her, so I spent the entire summer taking dance lessons. I wanted to give Lisa a dance she would never forget.” And despite a shaky dress rehearsal, their debut as husband and wife turned out to be more fun and more emotional than both could have ever dreamed. It was a spectacular wedding to which Lisa and Tim gave their hearts and souls. A little piece of advice Lisa’s mother shared with her during the more stressful moments of the wedding planning was one she will never forget: A good wedding is defined by a good couple. Turns out, mother knows best. 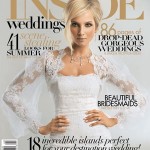 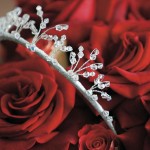 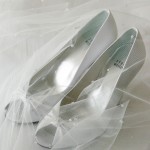 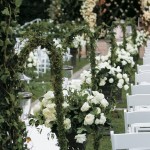 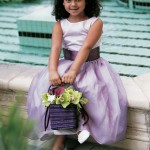 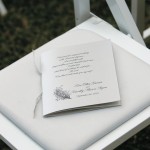 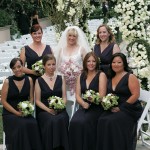 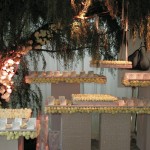 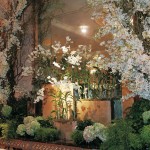 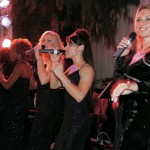 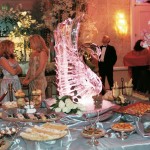 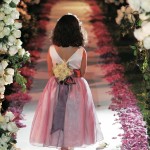 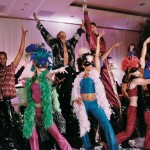 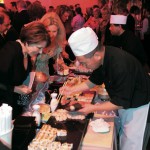 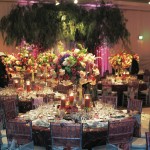 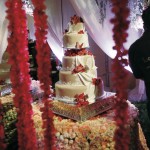 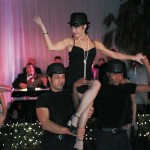 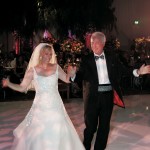 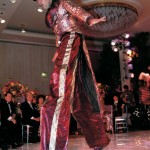 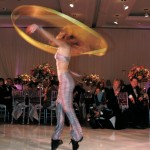 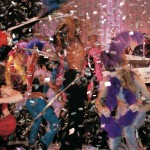 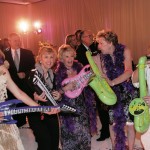