A wedding ceremony and accompanying reception are a newlyweds’ first opportunity to define themselves as a couple. This could be tough when you’re Hillary Green and David Redlin, who are the first to admit they have “split personalities.” As David explains it, they are as enthusiastic about their favorite burrito as they are about a five-star restaurant, and equally comfortable in a fancy hotel or camping in the woods. Incorporating that sense of diversity was the key to their wedding arrangements.

Hillary and David are both doctors living in San Francisco, and even though they were working at the same hospital and living within a few blocks of one another, it took the popular Jewish internet dating site JDate to get them together. Coincidentally, each was the other’s second date with the service. Based on their success, they have encouraged their single friends to also investigate JDate, since no one can argue the service’s success record!

It was Hillary’s mom who requested that the couple get married in Southern California, where Hillary grew up, and the gorgeous Four Seasons Hotel Los Angeles in Beverly Hills was the chosen location for the ceremony and the reception. The couple opted to marry in the spring to accommodate David’s medical school schedule. Their wedding date was exactly one year to the day after David proposed during a vacation in Vancouver.

Hillary knew she wanted an elegant, sophisticated wedding, but she also wanted it to feel warm and convivial, so she set about mixing the formal with the informal. Even though the invitations called for black tie, the names on the place cards were only the guests’ first and last, without honorifics. The seated dinner menu was gracious and refined and was preceded by gourmet traypassed appetizers featuring such delicacies as tuna tartare with caviar, lamb chops with violet mustard, and foie gras with glazed apples and port – but Hillary requested that her flowers have a “natural” feeling, as though they were grown in a nearby garden.

Each layer of the four-tiered wedding cake was decorated with a different design and separated by a row of roses, all topped with a spun-sugar ribbon, yet inside all that ornamentation was a pure, old-fashioned chocolate cake. David says the cake was a perfect representation of Hillary’s personality: multiple layers, each different and interesting, and all of them simply delicious.

Keeping with their intent that their wedding be both fancy and fun, Hillary and David combined traditional and untraditional elements for both their ceremony and their celebration. Before the festivities began, the couple had a quiet dinner where they “let go” and gave in to the realization that, after all of their planning, whatever was going to happen would happen. It was time to focus on the journey from being affianced to newlyweds.

While most receptions feature the cocktail hour following the ceremony, Hillary and David had theirs before, and entertained the bridal party in private so they could begin their wedding by “hanging out” with their family and closest friends.

It was during the ceremny that the couple’s uniqueness particularly shone. Officiated by a female rabbi, the service was a blend of humor and solemnity, custom and modernity, and religion and secularism. A key component of the Jewish marriage ceremony is the bestowing of seven blessings upon the bride and groom. Members of the bridal party were each given one of seven traits Hillary and David deem vital to a healthy marriage – love, family, friendship, wisdom, passion, commitment, and humor – and asked to give their own blessing on that trait. The speakers’ choices were a complete surprise to the couple, and included readings from the Old Testament, Shakespeare, the popular children’s book “The Velveteen Rabbit,” and even an original poem written by one friend and read by another.

It was clearly important to Hillary and David that they provide their guests with an enjoyable and memorable event. By creating a wedding that was testament to the quintessential singularity of their personalities, they ultimately gave their guests something to truly celebrate. 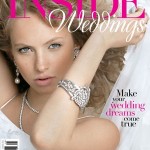 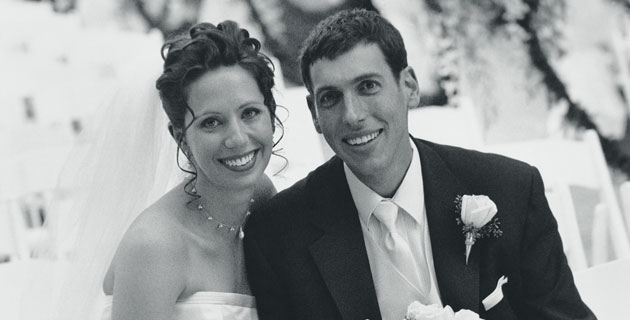 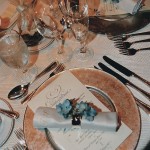 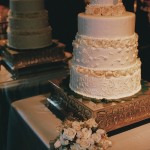 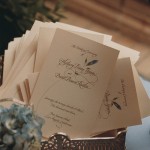 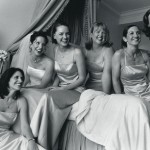 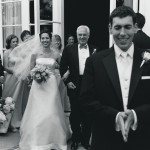 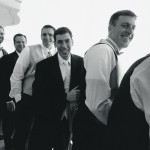 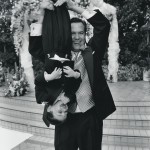 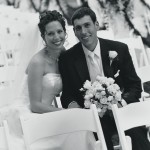