A Lifetime Of Happiness

Richard Russakoff had no idea that he would receive the gift of a lifetime for his 27th birthday. During his birthday party, he was introduced to Donna Marmur, and their future was set into motion. Donna still laughs at the memory of Richard tuning out all of his other guests in the room while the two of them sat in a corner talking the night away.

After a romantic proposal in stunning Napa Valley, the couple began their seven-month engagement. With help from their wedding coordinator as well as from Donna’s mom, the bride and groom planned a magnificent event for the following summer.

Once Donna and Richard fell in love with the posh Crystal Ballroom of The Beverly Hills Hotel, they knew they had found their perfect location. The couple exchanged vows in an evening ceremony shared with 340 guests, including seven bridesmaids and seven groomsmen. Two rabbis performed the ceremony, each adding personal history to the nuptials. Rabbi David Freeland was Richard’s next-door neighbor while he was growing up, and Rabbi Isaiah Zeldin is a long-time friend of the Marmur family and has known Donna since she was a baby.

Having exquisite floral design was very important to Donna, and her vision was realized most beautifully. Though the flowers were mainly white roses, the ceremony was splashed with touches of bright pink, with pink flowers adorning the chuppah and the aisle runner, and the bridesmaids in vivid fuchsia dresses. In contrast, the reception was purely white, featuring lavish centerpieces and candelabras consisting of crystals and all white roses.

Donna and Richard’s loved ones were treated to an evening of culinary treats rather than standard wedding fare. The elegant dinner menu included savory vegetable pastries, choices of filet mignon or halibut, several delectable desserts, and the five-tier wedding cake enveloped in white frosting with pink flowers cascading down one side.

The crowd-pleasing Chuck Wansley Band kept the energy going throughout the night, with the help of the bride and groom themselves. The couple proudly recalls dancing through the entire reception and never sitting down to rest! Their energy was contagious, drawing everyone to the dance floor. At the heart of this animated celebration was a performance by Richard, much to everyone’s surprise. The groom serenaded his bride with “Oh, Donna” with words re-written specifically for the occasion, making a priceless moment that no one will forget.

After an exotic honeymoon in Bora Bora, the newlyweds are still brimming with excitement over their successful wedding. Their secret? In wedding planning, as in life, if you remember that it’s supposed to be fun, you inevitably will have fun! 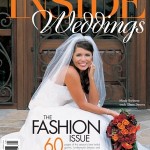 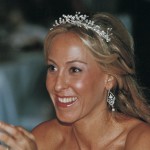 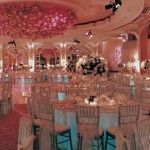 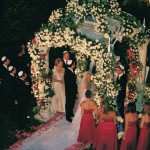 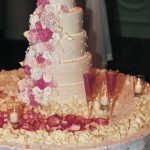 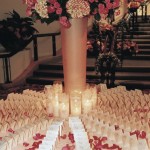 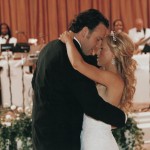 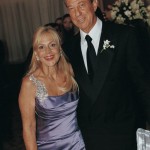 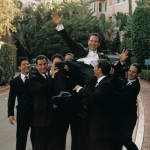 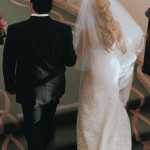